This Tuesday in FBISeason 5 premiere (CBS, 8/7), the team-managed sting and threatens to explode in an unexpected way, when the bomb that was due to be purchased by a secret open team goes missing.

TVLine has been invited Zico Zaki For a preview of the upcoming new season, including OA’s “superhero dress,” some Jubal’s character drama, and Maggie’s final return. Plus, how the postponed Season 4 finale is (eventually) going to shake things up….

TVLINE | Tell us what the team is dealing with as the fifth season opens.
You know, the team is in a really good position. We always have a chance to do really big premiere episodes, and our production director, Alex Chappell, is going out of the gates with weight. It was our chance to kind of show the authenticity of the series, and it’s an interesting opportunity because we have the pick-up for Season 6, so at the end of the day hopefully we can continue to earn that as we move forward. But it’s a really big episode. She’s gotten some really good things from all the actors that we’re really excited about. 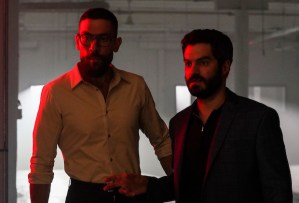 TVLINE | She also has a completely secretive OA look.
He. She Do! Yes it is. It was really, really fun.

TVLINE | Looking a little nerdy!
[Laughs] exactly. exactly. The glasses were really fun, as she was filming it [prop]. I think about how Meryl Streep uses her glasses in every scene she does, so it was such a fun time using a new brace. Also, the OA has always been a good fit for four years – it’s kind of become my “supersuit”, when the tie and jacket go on – so it’s interesting to do it a bit dressed up.

TVLINE | Gopal (Jeremy Sisto) goes through some personal stuff in the premiere. Is that anything the team will start picking up on?
definitely. I think it’s really nice of Gopal’s character to be a father figure for the agents, and then play that story too, outside of working with a family with his kid. It shows all the different facts of the FBI. We have agents who do not have families, who can hide under water for 10 days to solve a crime, and then we have those who do [have a family]. It’s all part of it. 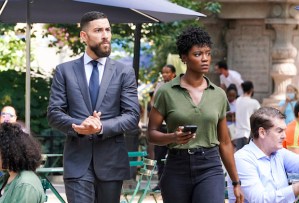 TVLINE | I’ve been looking at episode 2 photos, and OA’s partnered with Wallace (Katherine Renee Turner) for some time. Is it fun to explore the different dynamics between each character?
Oh, sure. There is a personality in each of us, and then there is a personality when we merge with another agent, and you have that chemistry…. It’s so much fun because every actor works 10 months a year on their character, and that’s a really good way to keep it fresh. It gives us the opportunity to work with all these great actors that we were so lucky to have on our team.

TVLINE | an act The original season 4 finale – which has been postponed (In the aftermath of a school shooting) Will the things that appear now, eventually, appear later?
At the end of the day, I’m on the same side as the audience though. I’m excited to see what happens with her too. We usually have stories from start to finish, and this “Outside” episode is still an interesting thing. I’m excited to see where we go with her too. 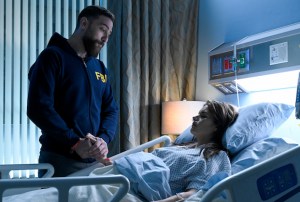 TVLINE |I know Missy Peregrym not showing up for a bitBut will we get any updates or references to Maggie watching her comeback on camera?
Her energy is always with us, but there is nothing specific that I can think of right now…. But that’s kind of cute, because at the end of the day, when she’s immersed in this show in a few years, her character will be out “from lunch to dinner” for just a few hours.

TVLINE |Do you expect OA to protect Maggie a little when she returns, given everything she’s been through?
definitely. definitely. The “preventive” thing, I think I’ve gotten kind of distracted over the past few episodes, with all the different partners and things like that. At the end of the day, a lot of things relate to the real world. We have a long season ahead, while protecting my character and hers….

TVLINE |That was quite an episode, just the crucible they went through together for those few minutes.
Was, was…. That was just Such as treatment.

TVLINE |Is there any early season episode that you’re particularly excited about?
I’m really excited about Episode 3, so stay tuned. I get out of my comfort zone, and doing it in the show is Always Exciting.

want a scoop on FBIOr any other offer?Send an email to InsideLine@tvline.com and your question can be answered via Died in line.