TOM’S went into the final round of the championship this month at Motegi with the fewest chances of defending its unlikely title in 2021, but a disappointing sixth-place finish for the No. 37 Toyota GR Supra with KeePer sponsorship of Sasha Venestraz and Ritomo Miyata paid off either of those hopes.

Even worse, she fell down a place in the final points table, and was defeated by teammates Toyota Yamashita and Kazuya Oshima in a Rookie Racing car.

Things weren’t much better on the other side of TOM’s garage, as outgoing champion Sho Tsuboi and GT500 rookie Giuliano Alessi ended their season by finishing ninth, leaving them in tenth overall.

Not since the 2012 season, when Kazuki Nakajima and Loic Duval finished seventh overall, has Toyota’s traditional number one team suffered such a miserable campaign. No doubt some of that is due to the GR Supra’s lower competitiveness in the second half of the year.

But with Rookie Racing taking over as Toyota Team of the Year – with the help of TOM’s longtime technical guru Tsutomu Tojo – questions have to be asked about how the team will recover next year. 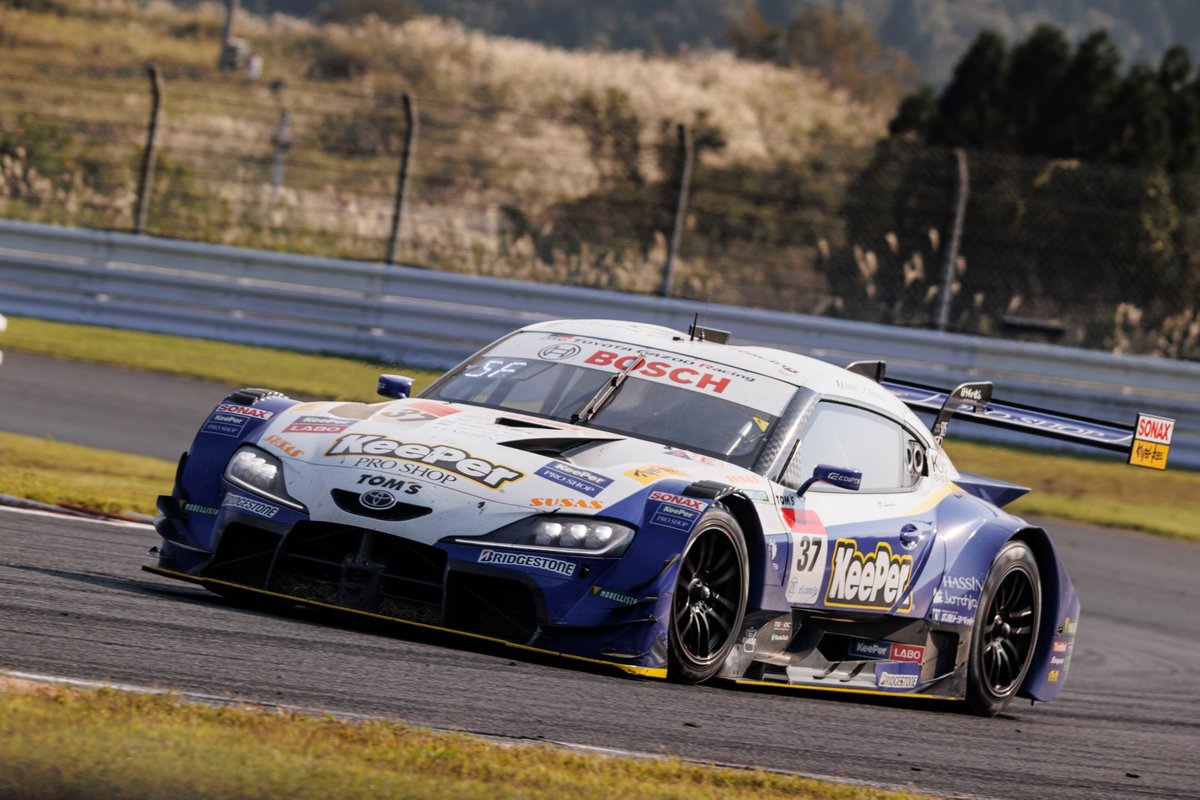 Tom has been somewhat a victim of the machinations of the chauffeur market. Both halves of her 2017 title-winning pair, Nick Cassidy and Ryo Hirakawa, are no longer around, having left to race in Formula E and the FIA ​​World Endurance Championship respectively.

Fenestraz, in many ways Cassidy’s heir when he moved to the No. 37 car last year after a learning year in the No. 36, has now gone the same route as the New Zealander after signing a two-year FE contract with Nissan.

Initial hopes that the Frenchman could stay in his seat for the majority of the new season have been dashed, meaning Toyota and Tom will have to look for a replacement.

“Every year someone goes…” Tom’s team manager Jun Yamada laments. “Only when the driver is up to a good level are they gone!

“For next year, TOM’S will remain a two-car, four-driver team. Of course Sasha will leave and we’ll have one new driver. But the group is the point where we think.”

In the No. 36 car, Alesi had clearly struggled more than would normally be expected for a rookie, and this in turn prevented Tsuboi’s talents from being fully exploited. 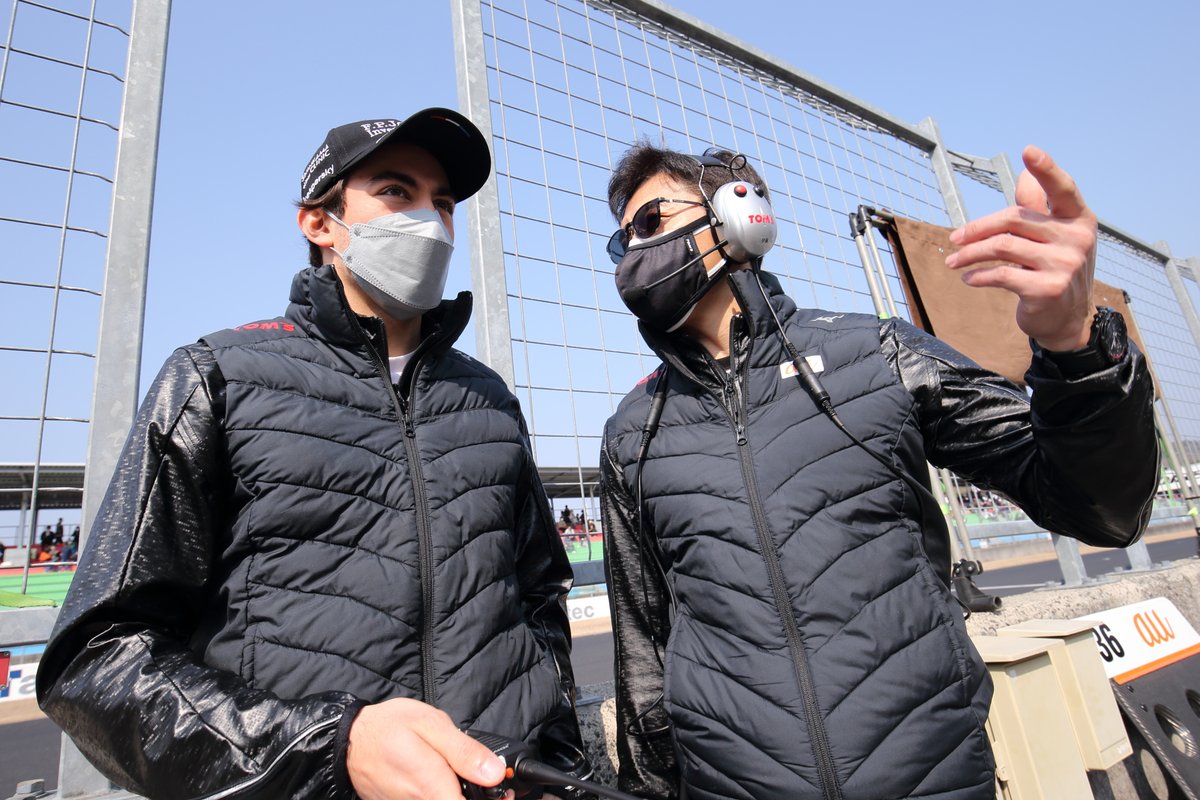 A lucky second place (worth half points) in an abbreviated Fuji in May was the partnership’s best finish, followed by a fourth in a series return to the track in August. It was no coincidence that the races in which the #36 car achieved its best results were those in which Tsuboi led by two laps.

On Alessi’s performance, Yamada says: “The performance is still not good. It’s been getting better, it’s growing, but some points are still very weak.

In this race [Motegi]His period was good at the beginning, but the end of the period was not so good. So he still has something to learn in tire management.”

Fuji was also the happiest hunting ground for the No. 37 pair between Fenestraz and Miyata, who scored their first win together on the track in August after losing due to a penalty in the May race (as a result of a collision with Miyata and Alessi).

The Suzuka 300km in May brought the duo the only other visit to the podium, a third-place finish, though this was greatly helped by a run into a weightless circuit after a poor opening in Okayama, where Finestraz, by his own admission, underperformed in ‘ “A’ driver”. Debut, the penalty in Fuji. 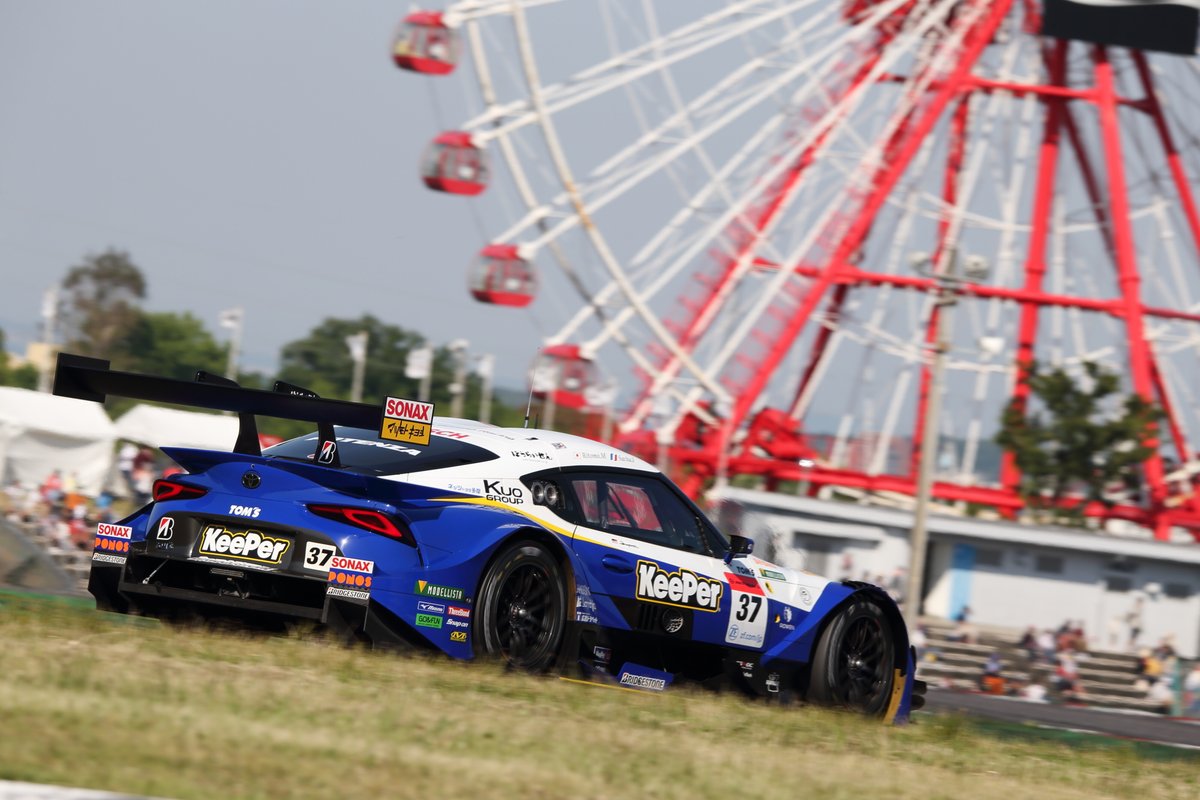 Reflecting on the season, Miyata says late-season improvements from both Honda and Nissan, but especially the latter, have left him and Finistraz with little hope in their quest to become the youngest SUPER GT champions.

“Nissan and Honda raised the engine power, so our engine power is not good enough,” Miata sighs. “I always tell Toyota that we need to improve the balance of the car and the engine, because this year Nissan always beats us at the end of the race.

With the SUPER GT entering a new air freeze for 2023, there’s little Toyota can do to improve on the downforce side, which means any hopes of a GR Supra revival likely hinge on the engine hack. 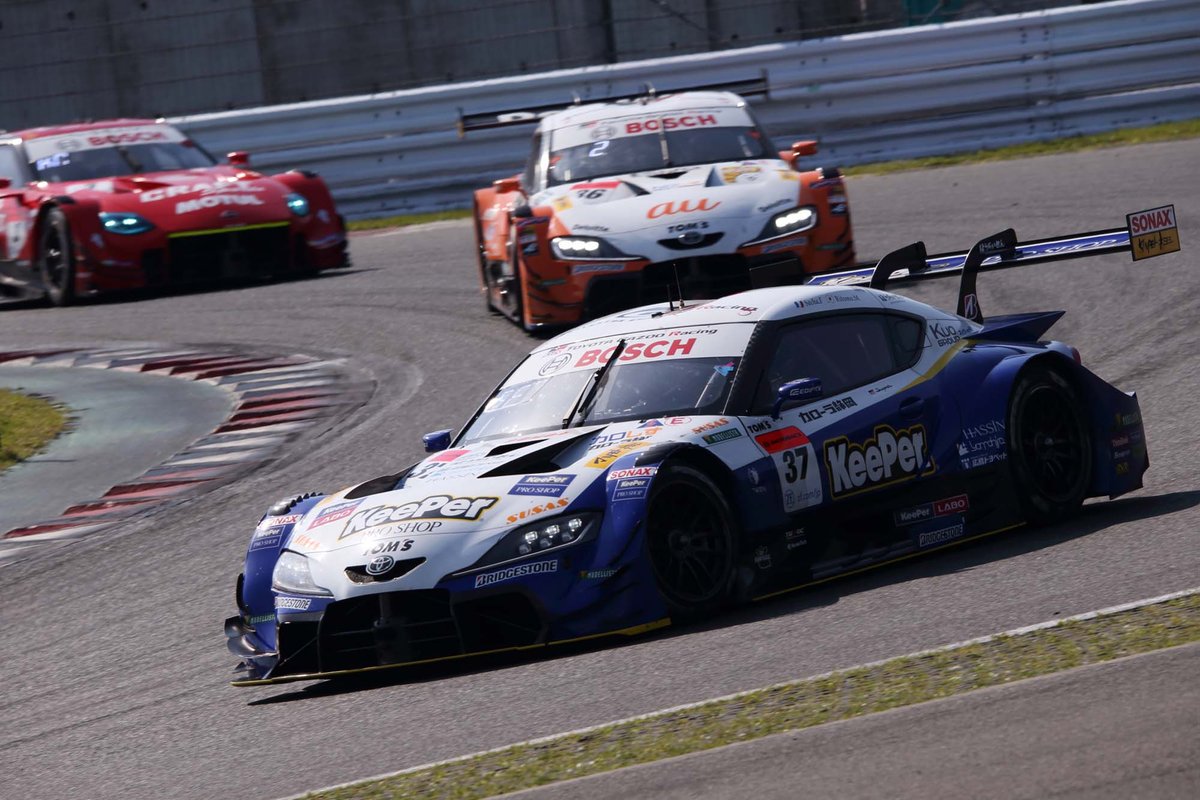 Yamada echoed his driver’s opinions, even if he admitted that the relative inexperience of Finistraz and the Miata may not have helped with tire selection, another factor that blunted Tom’s charge at Motegi.

“The car’s performance is not good enough yet,” admits Yamada. “That includes the setup, the engine and the tires…the whole package just isn’t strong enough.

“Nissan has a new chassis that is different from our chassis. Our car is a little older in terms of design. So it’s hard. I will try to push Toyota to the engine side, and also bring in some lightweight parts.”

While TOM’s has only limited power to influence the development of the GR Supra, getting into next year’s driver lineup will be critical.

Tsuboi, Alesi and Miyata are expected to remain on the team, and although it remains unclear who will take Fenestraz’s place in the #37 GR Supra, current indications are that it will be a Japanese driver, and therefore almost certainly someone from Inside the Toyota Stable.

Bandoh’s current racing project driver Sena Sakaguchi, who replaced Fenestraz for five races aboard the No. 37 car last year, seems like the most logical choice, but there have been recent suggestions that he might be a more experienced driver making the move to TOM’S.

There also remains the possibility that the newcomer could be paired with Alesi, paving the way for the Tsuboi-Miyata combination that should increase TOM’S odds for next season.

With the air package still intact, and doubts about how much power can be extracted from a Toyota engine, such a strategy would represent the best chance of avoiding a repeat of the 2022 campaign to forget. 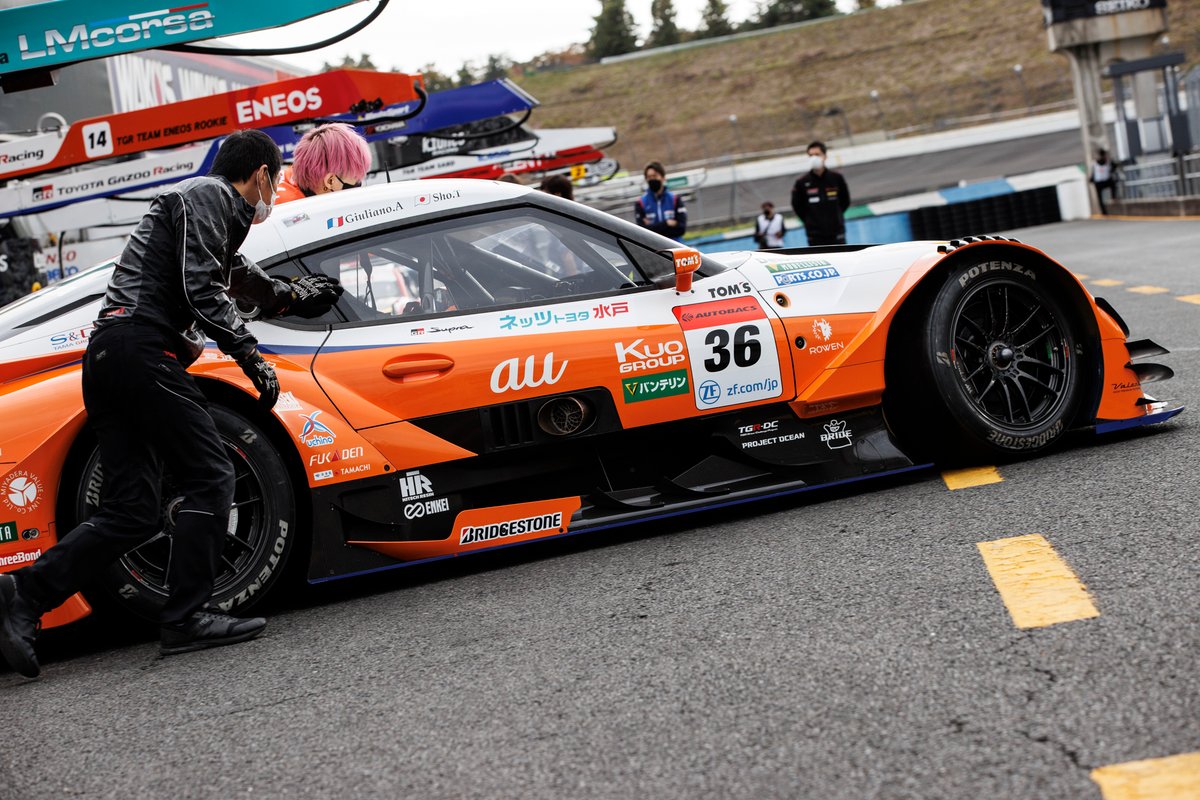