Below is a press release and photos from Idaho Fish and Game.

Last month, the Fish and Game Southwest Region team received a report from a resident of Boise, near 8th St. and Hulls Gulch, report that a wild animal had taken their dog from their backyard the morning before.

The homeowner stated that shortly after leaving the 18-pound miniature Labradoodle, they went out to fetch the dog and found only blood in the front yard with a blood trail that led to a 4-foot-high retaining wall and into the open hills.

A fish and game conservation officer investigated the area and found bobcat and wolf tracks, leaving only a collar around 100 yards from the housing. While the officer was unable to locate the dog and speak definitively about what type of predator was responsible for the attack, based on the scene, the officer suspected the dog had been initially attacked by larger cats – likely a Bobcat based on the tracks – Before it was cleaned and removed by a number of wolves.

“One of the many things to love about Idaho is that – even in Boise – we are on the edge of the wild,” said regional supervisor Josh Royce. “But when you live in that wild urban front, predators are part of the landscape. An apparent wildlife attack on a dog is a truly unfortunate reminder of that fact. While we know that conflicts between wildlife and pets can sometimes occur, it is only That knowledge doesn’t make it any less tragic for pet owners when situations like this arise, and my heart risks them.” 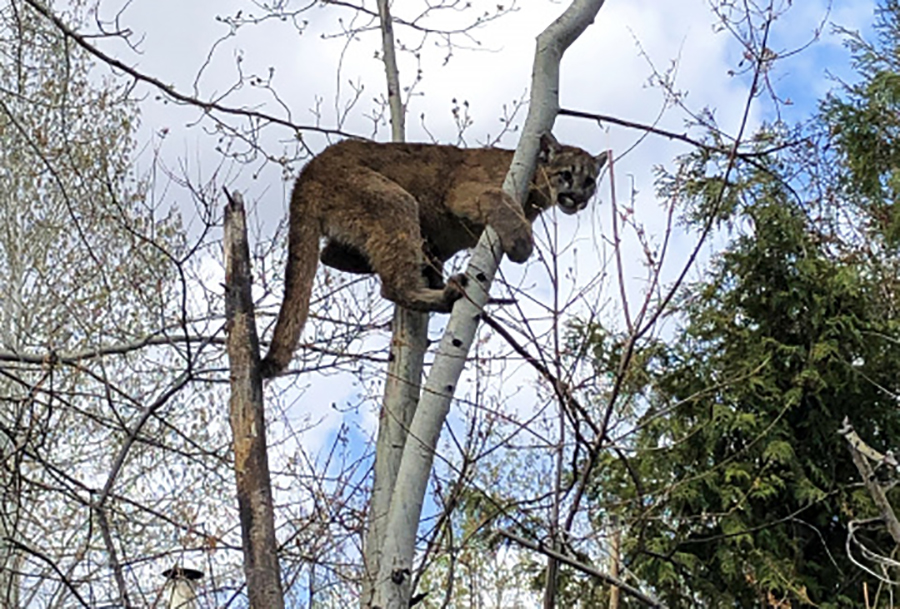 Fish and Game staff carried out door-to-door educational outreach in the neighborhood where the incident occurred, and monitored any additional reports of conflict or abnormal wildlife behavior in the area.

The reported incident with the dog comes amid numerous reports of sightings of mountain lions, both in Boise proper and in neighborhoods near the foothills. While these sightings aren’t particularly common, they do happen nearly every year.

Bobcat and wolf sightings occur frequently, and black bears occasionally make their way into town. In most cases where wildlife finds its way into urban areas, it moves without conflict. In neighborhoods that support the opening of wild spaces such as the Boise Hills, the potential for conflict between wildlife and domestic animals is higher.

“The foothills of Boise are home to many of the state’s many types of predators, small and large,” Royce said. “With winter approaching and prey species moving in the highlands, predator species are also approaching the city, and this is the time of year when residents and pet owners should consider taking extra precautions to reduce the potential for conflict.”

Here are some steps homeowners and pet owners can take to reduce the potential for conflicts with wildlife, especially predatory species:

In situations where predatory wildlife exhibits abnormal behavior (such as lack of fear of humans, approaching or following pets or people), or in the event of conflict or an immediate threat to human safety, you should contact Fish and Game’s Southwest Regional Office immediately at (208) 465-8465, or your local emergency office. The sooner Fish and Game learns about these issues, the better the scope of the results for both the animal and public safety.